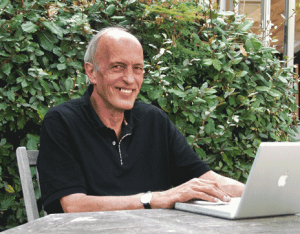 Dr. Jean-Claude Laprie was Directeur de Recherche at LAAS-CNRS, Toulouse, France. He devoted his entire career to research on the dependability of computing systems. His unique capability of abstraction and formalization, and his contributions to the formulation of the concepts and methodologies of dependability, rapidly led to national and international recognition.

He received the IFIP Silver Core in 1992, the Silver Medal of French Scientific Research in 1993, and the Grand Prize in Informatics of the French Academy of Science in 2009. He was made Chevalier de l’Ordre National du Mérite in 2002.

The IFIP 10.4 Working Group on Dependable Computing created the award in his honor in 2011. It recognizes outstanding papers that have significantly influenced the theory and/or practice of Dependable Computing. For 2013, the award committee decided to recognize three seminal papers, one in each of the award’s impact categories:

Gray’s “Why Do Computers Stop and What Can Be Done About It?,” had enormous impact on both industry and the academic research on fault tolerant computing. This was the seminal paper compiling and analyzing from empirical data the sources and causes of computer system failures, and how they could be addressed. This paper turned much of the FT community from its primary focus on hardware failures, to the issues of software failures and operational missteps leading to system failures, still the primary and most difficult to address causes of systems failures. It was the first to bring to the communities attention the concept of Heisenbugs (soft) and Bohrbugs (hard) for software. The observation or hypothesis that most software failures are Heisenbugs, that is, they occur only infrequently due to seldom occurring and difficult to repeat circumstances is now key to most strategies for recovering from software failures.

Bouricius, Carter and Schneider’s, “Reliability Modeling Techniques for Self-Repairing Computer Systems,” set the foundation for reliability modeling of fault tolerant computing systems, which we now find so fundamental. It was the first paper to rigorously analyze not only the impact of redundant components on a fault tolerant system (as suggested by Von Neuman in his assertion that systems of arbitrary reliability could be built using redundant components) but also rigorously analyzed the impact that coverage and effectiveness of the recovery mechanism (the paper studied the failure of the switch-over mechanism to effect the switch) had on reliability. The rigor and refinement made reliability modeling an essential part of fault tolerant systems design and architecture. Primitive though some of this work may seem by current standards of sophistication, it is the shoulders of this work on which much of the highly refined modeling now rests.