The participants of the DSN 2013 conference may join an excursion to the Royal Palace of Gödöllő and to the Lázár Equestrian Park on the afternoon of the 26th June.

Gödöllő, located about 30 km (20 miles) north-east of Budapest, is a historic town which dates back to the 14th century.

The city is famous for its Royal Palace, which is the second largest Baroque castle in the world. The Castle was visited by Empress Maria Theresia I. and later it was a favorite place of Empress Elisabeth of Austria (“Sisi”). Later it served as the summer residence of the Head of the State of Hungary.

The building of the palace was misused after WW.II by serving partly as barracks of the Soviet army and partly as a social home for elderly people. It lost just the entire previous magnificence. From the ninties on a gradual piece-by-piece reconstruction has been started and the restoration of its original state is nearly completed, including the buildings and their interior and furniture. 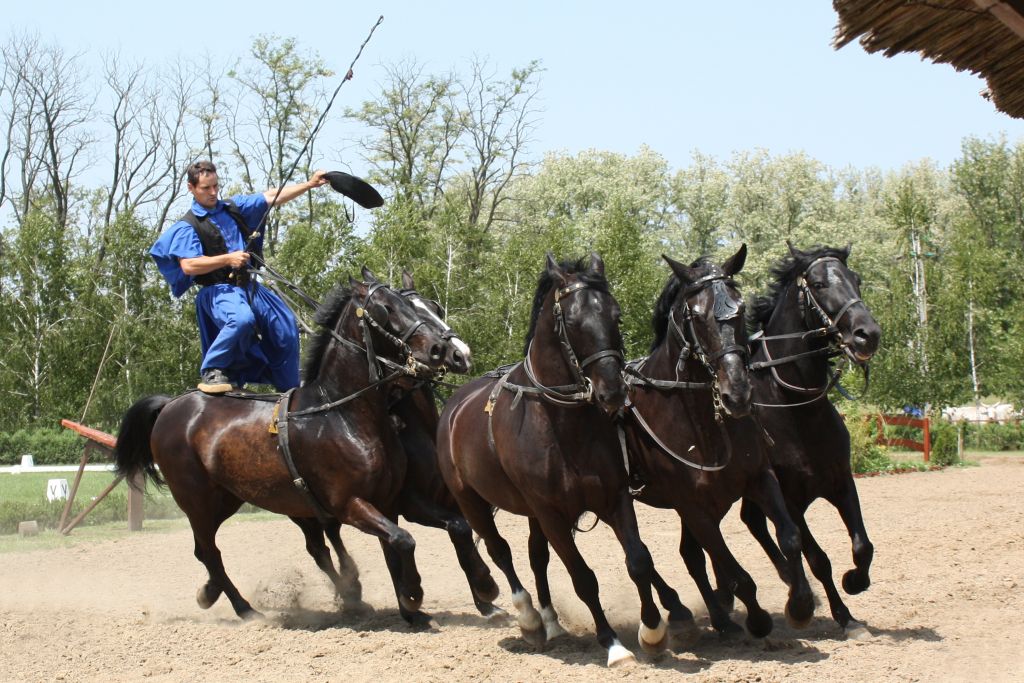 The banquette will be held in the Lázár Equestrian Park owned by the multiple times world champions Lázár brothers. The participants will enjoy a unique horse riding show, and subsequently a traditional Hungarian dinner.

Gödöllő also played a significant role in Hungarian art history: between 1901 and 1920, the artists’ colony of Hungarian Art Deco was based here.

The Royal Palace of Gödöllő was built as the center of a new estate of a self-made man in the 18th century. Antal Grassalkovich I. (1694-1771) was

It is said that the making of him was his currying favor with the Empress Maria Theresia I., who also visited him personally in Gödöllő. This visit was a great feast in Gödöllő with an extraordinary program (fireworks, duel of animals, an alleged summer sleigh-ride on salt from Buda to Gödöllő). That is why Maria Theresia I. is still remembered in the town.

The palace later became the spot of the dethronisation of the Habsburgs (in 1849), and later the a coronation gift (in 1867) from Hungary to Emperor Francis Joseph I. and Empress Elisabeth of Austria (“Sisi”). In the next 20 years Sisi preferred to stay in Gödöllő, she has learnt her riding tricks in and around the palace, and also her memory is still living in the town (Elisabeth Park, Elisabeth Statue, Hotel Elisabeth, Elisabeth Ball, etc.).

After the collapse of the Habsburg empire the palace was

The Lázár Equestrian Park, 35 km from Budapest and close to the Gödöllõ Royal Palace is the family ranch of the multiple world champion (carriage driving, combined driving) Lázár brothers. The park offers horse shows and presentation of the traditional Hungarian hospitality (tastings, dinners, gipsy music, folklore programs, …). They regularly host an annual Professors’ Banquet of one of the major banks in Hungary, therefore the place is well tested for their cuisine.

The Excursion and Banquet 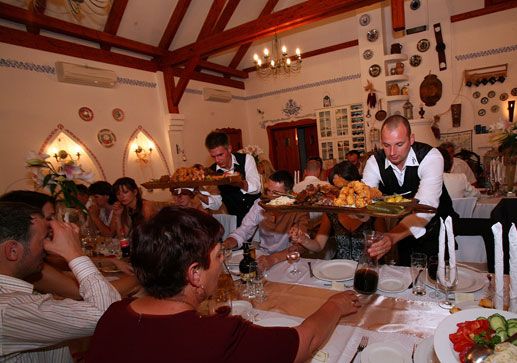 For the interested readers we have collected some further information on